On Aug 19, we left Lyon and took a train into Nice. As the train rolled through the countryside, the thought of being on the coast was forefront in our minds. Our only change was in Marseille, and as we stepped onto the platform, we got our first breaths of salty ocean air. It was delightful, refreshing, and invigorating. Our train to Nice gave us a beautiful view of the glittering water, right outside the window, laid out before small, coastal towns. I would have stopped at every single one if I could have.

People told us that Nice is nice, and it very much is. Whereas Lyon was beautiful but overlooked, and therefore not very tourist-ridden, Nice had people from everywhere. As we stepped out of the station that afternoon, it presented itself as a busy vacation spot. Our hostel was a tall building nearby with tiny, sloping rooms, spotty Wifi, and an abundance of Australians. We shared a dorm with two young Australian girls, who we happily made friends with immediately.

Our first night, Em and I treated ourselves to a delicious dinner at a local Italian restaurant. She ordered a plate of mussels while I got ravioli filled with spinach and ricotta. For dessert, we shared chocolate fondue and fresh fruit. The entire meal was fabulous and a nice break from cheap street food.

The next day promised to be hot, a perfect day for the beach. Our hostel was a 15 minute walk, so we put on our suits, grabbed the hostel towels (which we technically weren’t allowed to take out of the hostel), and set out on a mission. We’d been dreaming about jumping into the ocean for weeks; it was time.

The beach we went to was unlike any beach I have been to into California. Instead of sand, there is a 20 foot walk from the sidewalk to the water of smooth rocks the size of eggs. People crowd onto every inch of this space, even right up to the water. Women wear bikinis or one-pieces like any place back home, but men in speedos are everywhere. This took a little getting used to. There were also women tanning topless, but since that is something I have done at Pirate’s Cove near San Luis Obispo, I barely noticed.

The water in Nice is spectacular, composed of two jewel-like tones of blue waves. It is wonderfully clean, though startlingly salty (I would definitely avoid swallowing any, as your stomach will be upset afterward). In between our tanning sessions, we spent a lot of time in the water, letting the gentle waves rock us back and forth.

Not even trying to be cute; the ocean was trying to make us fall over

That night, we went out to some of the pubs with one of our roommates, Hanne (hey girl!). We tried several bars, finally settling on the most crowded one. Wayne’s had groups of people hanging out outside, beer in hand. Inside, the front room was packed with people trying to get drinks from the bar and then trying to find a place to stand after. We got some beer, and met a couple of nice American boys as we sipped our drinks. Finally, we moved to the backroom. Instead of a dance floor, this room has 3 long tables lined up, with benches or stools on either side. Almost nobody dances on the floor, as there isn’t much space: bodies are gyrating up on the tables, fighting for space amid the flashing lights and deafening American music. A couple guys gave up their spots on the table so we could get up, and we didn’t come off those tables for 2 hours. It was a sweaty, loud, and sometimes scary time (only because there was a very real chance of falling off the table), but we had a great night dancing with each other and saying no to the many French boys asking us to dance. The next night, we had a repeat evening as we went back with both of our roommates, Bonnie and Hanne.

Our second full day in Nice saw the four of us taking a short day trip to Cannes, home of the famous film festival and a crazy number of fancy places to eat, sleep, and lay on the beach. When I say lay on the beach, I mean that in Cannes you have to pay for a spot on the beach unless you want to sit on the sand with the hot sun beating down on you. Emily and I were recovering from sunburns from the previous day, so the four of us rented beach chairs and umbrellas on one of the “paying” beaches. This was a very laid back day, as we were all tired from travel and dancing, and so we laid on the beach for a couple hours, grabbed some dinner, and headed back. I decided that while the actual beaches in Cannes are better (sand instead of rocks), the water in Nice is much better and looks a lot cleaner.

The last day in Nice was my favorite. We got a late start to the day, but after getting lunch with the girls, we headed down the beach to the left. At the end of the beach is a wall, with a cluster of rocks hanging over the ocean. You have to swim out near the cliff side to reach them, and climb up out of the water. Emily and I joined a bunch of locals and other adventurous vacationers on the rock, and jumped off one of the lower spots. Even though we couldn’t understand each other, the locals shared our excitement and gibbered at us in French or Italian while we nodded and said “Oui! Oui!”Cliff jumping is an experience that I was very excited to have over in Europe, and we’re hoping to find lots of it in Italy. 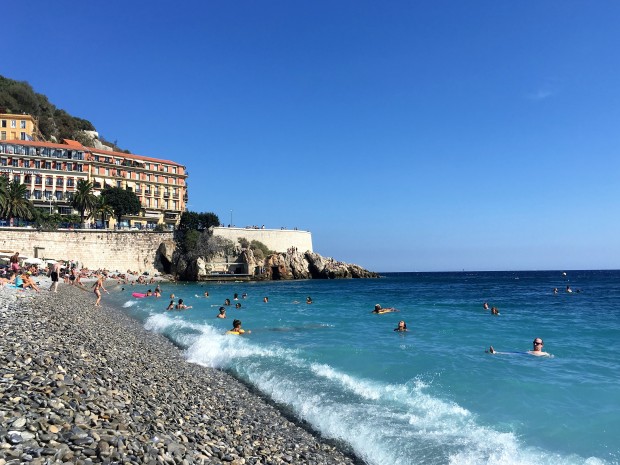 As I write this, I’m lying on my third tier bunk in Milano. A lot has happened, and it’s been tricky so far to keep up with everything (which is why this post is late late late) but I’m speeding through this post so that I can get to the most important and exciting part of the trip so far: Asti. Keep an eye out for my next post as I detail how I found some long lost family members in unlikely circumstances.

Through the (iPhone) lenses

Backpacking in the Greater Yellowstone Area in 2013 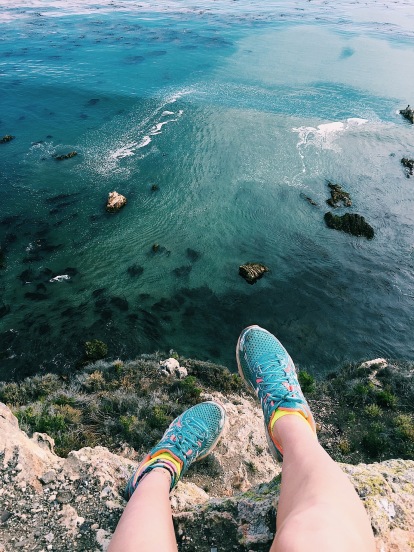 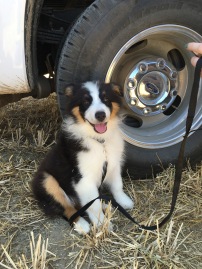 Flying Across the Pond